View: This is how Doom looks in virtual reality 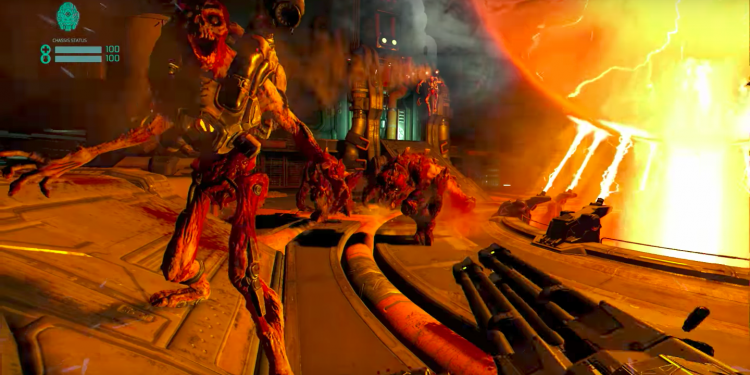 Exhibition E3 The big one in Los Angeles has officially opened for her, and provides us with dozens of announcements of new and intriguing games - including Doom VFR, which will take the most famous action game series to a new front for it, virtual reality.

Doom VFR (yes, it's probably an abbreviation of Virtual Fucking Reality, in case you were wondering) will offer users a plot line parallel to that of Doom Launched last year, with the entity and intelligence of a warrior being injected into Cyborg which becomes the UAC organization's last chance to prevent the complete destruction of the Mars Star research station attacked by countless evil demons.

The first and short trailer does not reveal too much, but makes it clear that the title will use the teleportation technology, or "jump" from place to place, combined with the use of a variety of familiar weapons, to avoid the dizziness and nausea problems often manifested in games Virtual Reality In them there are too many and frantic occurrences at once that the player has to deal with. The developer of Id Software preferred, it seems, a concept of agile movement from place to place according to the player's pre-selection, instead of a concept of 'appearance' out of nowhere at a new point (including a brief moment when the screen darkens from place to place) as can be found in many other recent action titles. In the world ofVR.

Doom VFR will be launched sometime during the last quarter of 2017, also on Steam for Vive's Vive HTC And also for the glassesPlayStation VR, when quite naturally the company's Rift glasses Oculus (With her Bethesda Has been pursuing a number of bitter lawsuits in recent years) absent from this list - and it will cost about $ 30 for those interested, and for those who have the appropriate hardware to enjoy it.

The conversion of the pair of original Serious Sam games to virtual reality has already proven that it is possible to create action games for the world of virtual reality that involve full displacement, but it seems that id Software preferred to maintain a more conservative format, albeit a combination of Technology Which may significantly strengthen the understanding that today there is no need to fearVR, Also for the biggest brands and titles in the gaming market. Good luck.