The addictive life: the story of the Sims • HWzone

Did you know that the Sims series would not have been created if the creator's house had not been burned? Discover the full story behind the series of the most successful life simulation games of all

Hard to find Gamers Who haven't heard of or played any of The Sims' series games. A series whose success in truth may have been unexpected if you think about its playfulness. People usually play computer games to escape reality, while this series has allowed them to lead a real life of a virtual family, including doing daily chores, finding work, making connections and spending time with friends, and even using toilets and sleeping. And it's still the best-selling simulation games series All the time it has become a worldwide cultural phenomenon.

So to know where it all started, we have to go back to the youth of today's esteemed game designer - Will Wright. As a teenager he became interested in game programming and development, so he taught himself to program, and at the age of 24 released his first game "Raid on Bungeling Bay" for Commodore 64. While developing the game, which was a war shooting game in which the player ruled the helicopter at a glance, Wright discovered that he enjoyed a lot more building the game's world map than flying the helicopter in the game itself.

He began to get interested in urban planning, and with the help of a number of books he asked from a neighbor who happened to be a city engineer, he started a small project in which he tried to simulate city-building simulation, which would later become a sim city. But the distributor who worked with Wright in those days, Broderbound, refused to distribute it. She asked him "How exactly are you going to make this a game?", When Wright replied that "the concept of a game is just a matter of perspective." He felt it was a unique experience that allowed the player to express his creativity, but Broderbound wasn't convinced.

Luckily, at that time he happened to know Jeff Braun, an entrepreneur who decided he wanted to enter the field of computer games, and was thrilled by Wright's game. They decided to cooperate, and set up Maxis together, and from the salon of Brown's house where they opened the game, in 1989, Sim City was published.

After a slow start, the game began to gain popularity, won various awards and praise reviews.

When the two realized that they had found an interesting niche in the computer games market, they continued to release different titles of simulation games, such as Sim Earth and Sim Ant, as well as the continuation of the original Sim City. 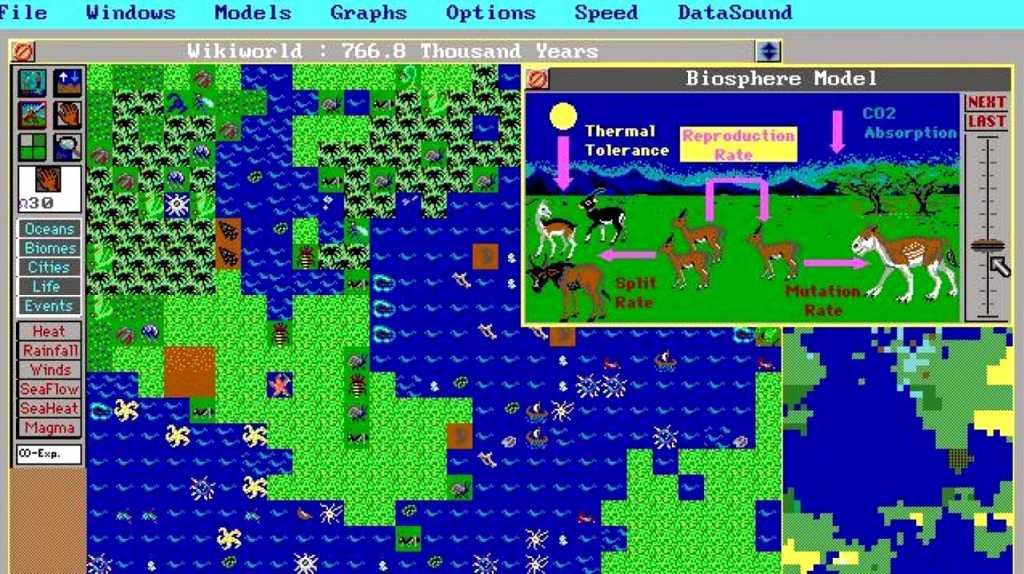 Then in 1991, a huge fire broke out at-Oakland, USA, and covered thousands of homes, Among them Will Wright's home. After restoring his home and life, Wright began to create an idea for a virtual dollhouse game based on his experiences. The game he thought of, Sims, would be based around the players' need to build houses, just as he needed to rebuild his own.

He began researching professional software for building and designing houses, and found that they were very popular, and that people enjoyed planning their dream house, even if they did not necessarily achieve one. But only to build and plan the house, he did not have enough. He decided that he was going to populate him with people too, which would be the measure of the actor's success in building the house.

But Wright didn't get his game up until 2000. The reason was that, despite its initial success, Maxis had financial difficulties. None of their game except Sim City was really successful in the market, and finally, on the verge of bankruptcy, the company was bought by EA Games.

With a new management that was very enthusiastic about his idea and cash flow, Wright and his team of developers began to work hard on the game. He read various books on the subject Development Houses, and philosphere books on the human mind and what drives people. With all this combined information, he began to plan the people who were going to populate the doll house he was building.

And so the Sims were created. Virtual people with different needs that the player has to provide. Whether hungry or having to go to the bathroom. After the player had built his house, he would populate it in the family for his election. The characters were people for everything, who had to go to school or work, eat, shower and go to the bathroom, clean the house and even be able to make connections with other people in the neighborhood, and even fall in love and have children. If you did not care for your characters, they would get into stress and stop listening to the actor until they satisfy the missing need. The famous diamond hanging over each Sim was actually a kind of gauge of their happiness. The more green it was, the happier the figure. 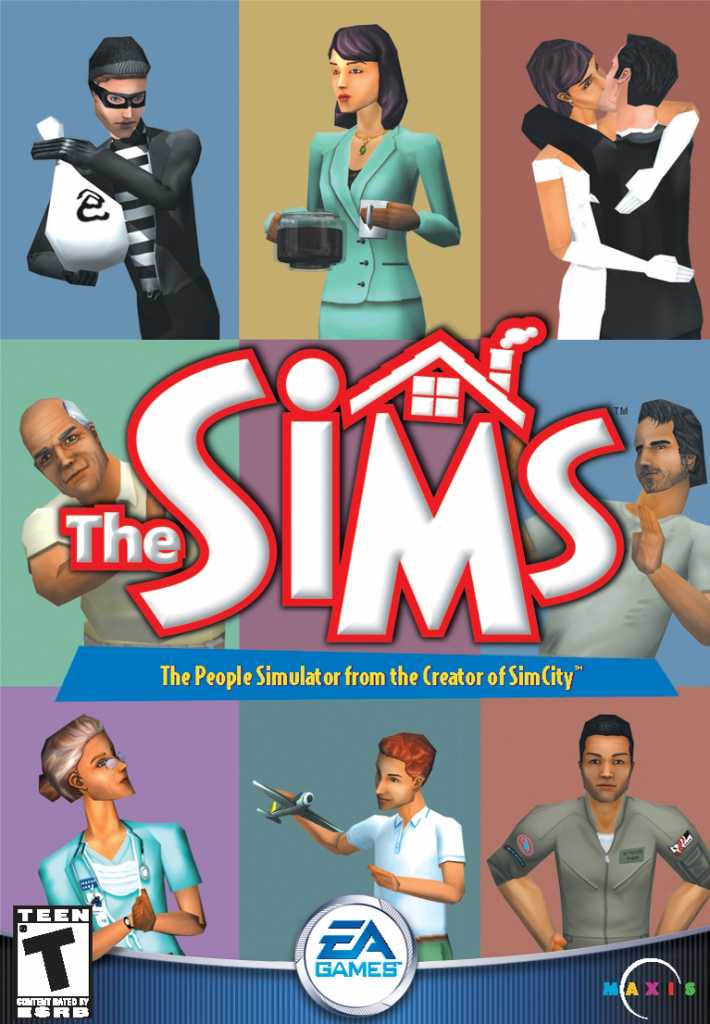 Wright also chose to give his characters a dubbing of inventive language, which he called "similish." This was because he thought the actors would get tired if they heard their characters repeating the same phrases over and over in English. Being recorded in an invented language, this reduced the possibility of the actor recognizing repetition of the same words, and also allowing him to imagine what the characters were actually saying. In addition, it saved the company translation costs for additional languages. But the team still invested money in hiring real-life voice actors, who recorded a number of sentences in the studio in Simlish.

The game eventually came to market in February 2000, and soon became the best-selling computer game up to that time. Even Wright himself did not expect the game to become so successful, nor did he anticipate his popularity among women, who were 50% of the game's players.

Sims could actually have left a year earlier. But Wright wanted to create a community around the game. He noticed how, for example, Quake, the famous shooting software from id Software, left himself relevant years after leaving his community, which continued to spend many hours opening new and thankful stages. So he decided to invest this year in creating a simple way for players to add their own belongings themselves. 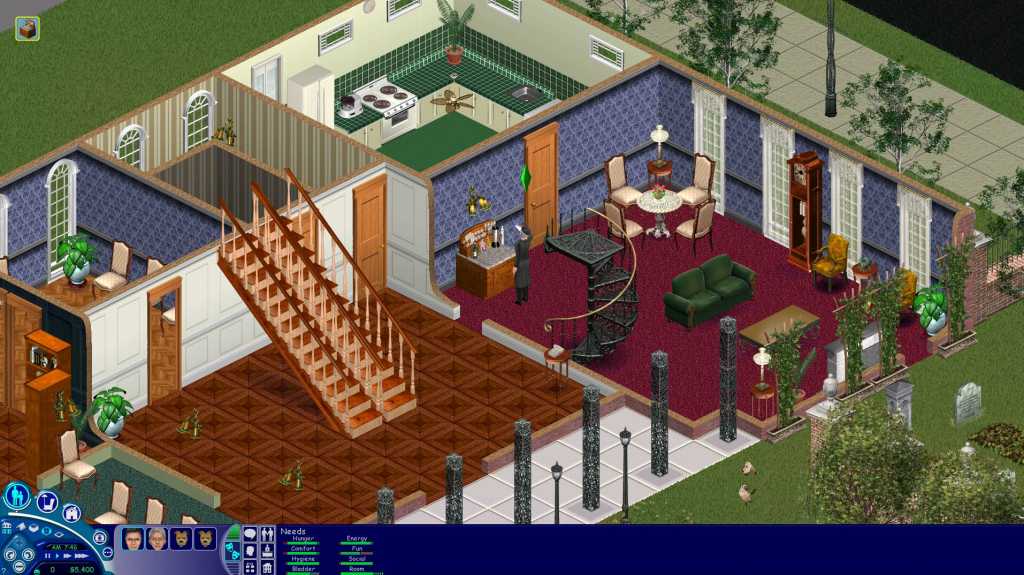 But that was not enough for the audience. The game was so popular and the pressure on Maxis Man to create an additional content game. And so one by one the company began to spend more and more different extensions to the game. The addicts increased the Sims neighborhood, added objects and objects, added various activities and new jobs, allowed Sims to take a vacation, adopt an animal, grow vegetables in the garden and more. One of his expansions was so popular that 50% of the people who owned the original game bought it, an unprecedented number for that time.

In light of the crazy success of the game, Macs tried her hand in creating an online game for Sims and producing several versions of the game for consoles. Both attempts were unsuccessful, and sales were lukewarm. 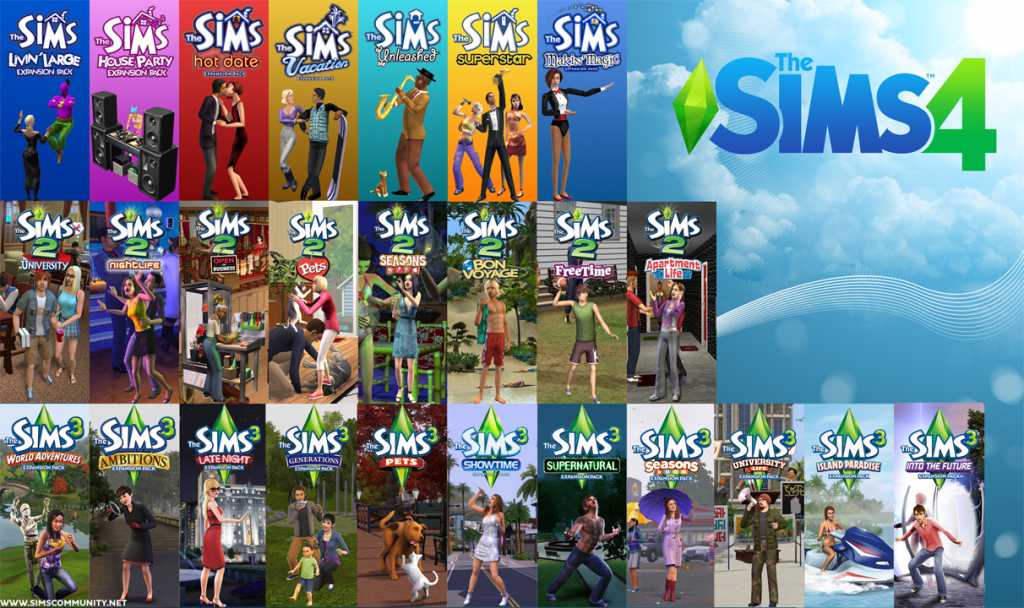 But then in 2004 came to the world Sims 2. This time the characters were much more complex. It was not enough to just fulfill some of their basic needs. The characters had quite a different character and desires, and the characters could be shaped by an editor who could cast a lot more details and different clothing details. Children in the game have inherited appearance and character traits from their parents. In addition, they could grow and move from infancy to adulthood, when figures who came to age passed away. Now the world could be seen in 3D thanks to a new graphic engine. All this made the players more contextual to their Sims. In just ten days the game sold a million copies.

Of course, soon the game got dozens of different extensions added a lot of new content to the game. Like an extension that enabled your Sims to run a business, and turned the game into a business management simulator, and an extension that allowed your teenager to go to college.

Following the dazzling success of the game, Sims 3 and 4 came out on the market, each with different additions and innovations, and the fifth game in the series is probably already in development. It should be noted that Will Wright himself left Macs at 2009, so he was no longer a partner to these games. 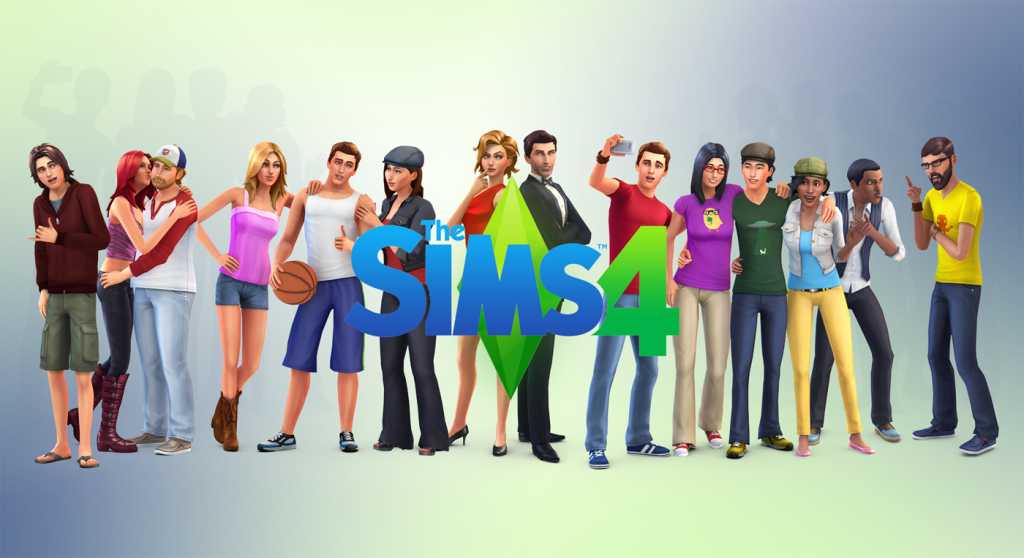 There is no doubt that the Sims series presented the world with a new style of games and managed to appeal to new audiences who had not played before. The series is still very relevant, and its sales are doing pretty well, so we'll probably hear more of the Sims in the coming years too.


Wait, there's more!
Join To the group of zon And you can receive exclusive updates on various offers on the net, share content that you find interesting, consult with members of the site, and more - Join now!
Tags
EA Games 2017 GAMES
Share
Facebook Twitter LinkedIn WhatsApp Telegram