You've never seen anything like this: the strangest games created • HWzone

The gaming industry has been around for decades, so it's not strange that since the 1970s - when the first games were marketed to the general public, tens of thousands of games have been created. And when there are so many of them, and when you consider that they came from different people from around the world, each with his own ideas and vision, it would be no wonder that some of them are just plain weird.

In fact, it's so strange that they sometimes make you wonder what prohibited materials their developers consumed when they came to these ideas. So here are some of the strangest games ever released on the market. (Wild guess - some came from the land of the rising sun.)

Honestly, it's actually one of the most normal games on the list, so get it off to a light start. Katamari Damacy is a puzzle game for PlayStation 2 created by Namco, yes yes the company is responsible for some normal games just like the Tekken games series. In Katamari you play the Prince, the son of the King of the Universe, who needs to fix his father's A little too much and accidentally destroyed most of the stars and the skies.

How do you restore stars, you asked yourself? Roll a huge ball and raise it by cradling cats, bananas and cars on a sign and raising it to the size of a planet! Just not? The game was a little too original, but it was fun enough to sell hundreds of thousands of copies around the world, and even win For a number of sequel games. 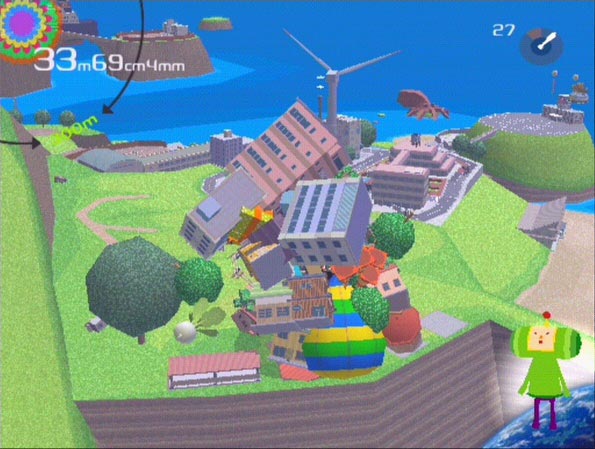 Have you ever wondered what the world looks like from a mosquito's perspective? Have you ever wanted to feel what it is like to be this snobbish creature that not only leaves you with scratching bites but also digs you all night with an annoying buzz? Well, the anonymous game studio Zoom apparently decided that it was a fascinating enough experience to develop a game environment, and so Mister Mosquito emerged for PlayStation 2.

In the game you control a mosquito that enters the house of an average Japanese family, and its goal is to suck enough of their blood to prepare itself for the winter. Of course it was not such a simple goal. The family will kill you if you mold them too much, so you have to follow them carefully, and pay attention to their stress gauge. If you overdose and pump too much blood at once, it's likely that a mosquito will not really get to live until winter.

The game also has a sequel, in which the nice Japanese family goes on vacation to Hawaii, and our mosquito follows them up there! 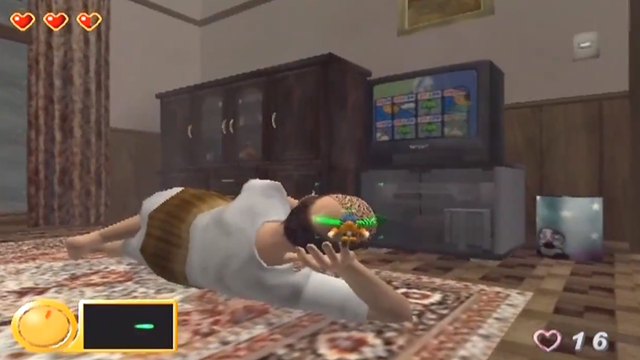 Have you ever grown fish in an aquarium? If so, what would you feel if your fish had a human face and could they talk to you? So the answer will be found in Seaman, a kind of super-troubling Tamagotchi game that went out to the DreamCast console. In Seaman you play an investigator who has acquired a new species of marine creature, and you must take care of it and find the necessary methods of treatment to allow it to develop.

The game does not have really defined instructions, and as researchers you need to develop the right method of treatment yourself. If you do it correctly, it will develop and change its shape. And the highlight is that the creature can talk, and you can have a conversation with it by means of a microphone that plugs into the console's console. The creature can answer your questions, and even be sarcastic and sometimes mean. Apparently a lot of people were enthusiastic about Seaman because not only did he get a Remix for the PlayStation 2, but he sold only about 700,000 copies in Japan alone. 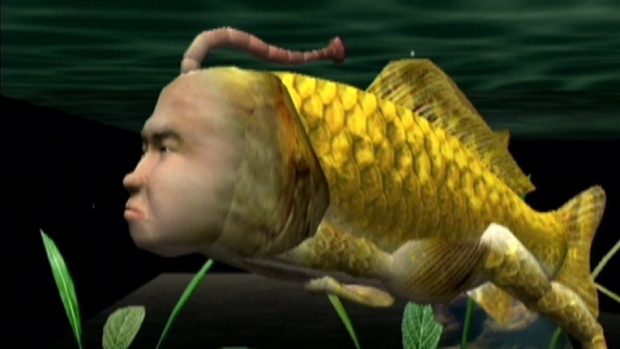 Well, if the name of the game didn't mean anything to you, then the psychedelic looks of some of its stages should imply that it's more of a trip. In fact, LSD is not really a game in its classic sense, but rather as its name - a dream simulator based on the dream log of one of the game's designers.

You simply turn around and study his strange environments, and go through different days in the game. Unlike the previous games on the list, this is not a game that anyone actually heard about even when it came out, its popularity can be credited to YouTube, When YouTube picked him up from the depths of the net and made a gameplay on him in 2009. 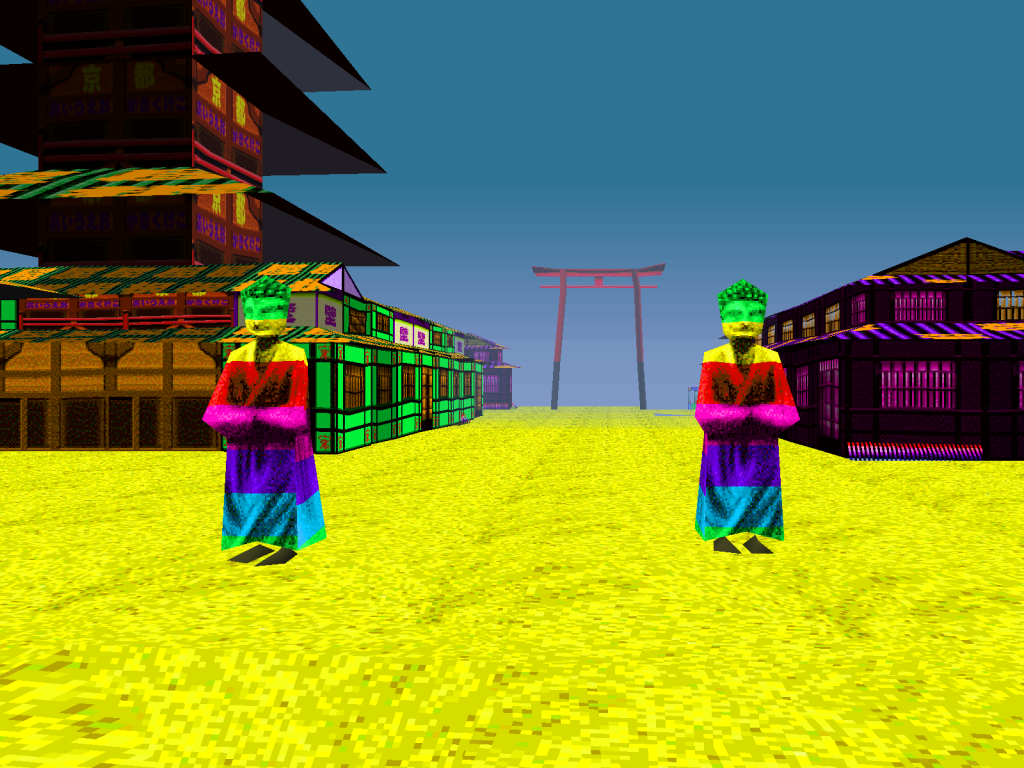 So a little bit of diversity, here's a game that didn't come from Japan, proving that there are quirks everywhere in the world. Zoo Race is exactly what it sounds like - racing Animals.

If you thought it was just a little weird, wait for you to hear the plot - Hannah and Ruben are two library workers, arguing between each other about the truths of Noah and the Flood story, with Ruben inviting Hannah to a race and suddenly both of them and others in the library at that moment became animals. And in Leila they dance or something. Yes yes, this is a real game. IGN even bothered to criticize him and give him the wonderful score 4.4 (out of 10 just in case you got confused). 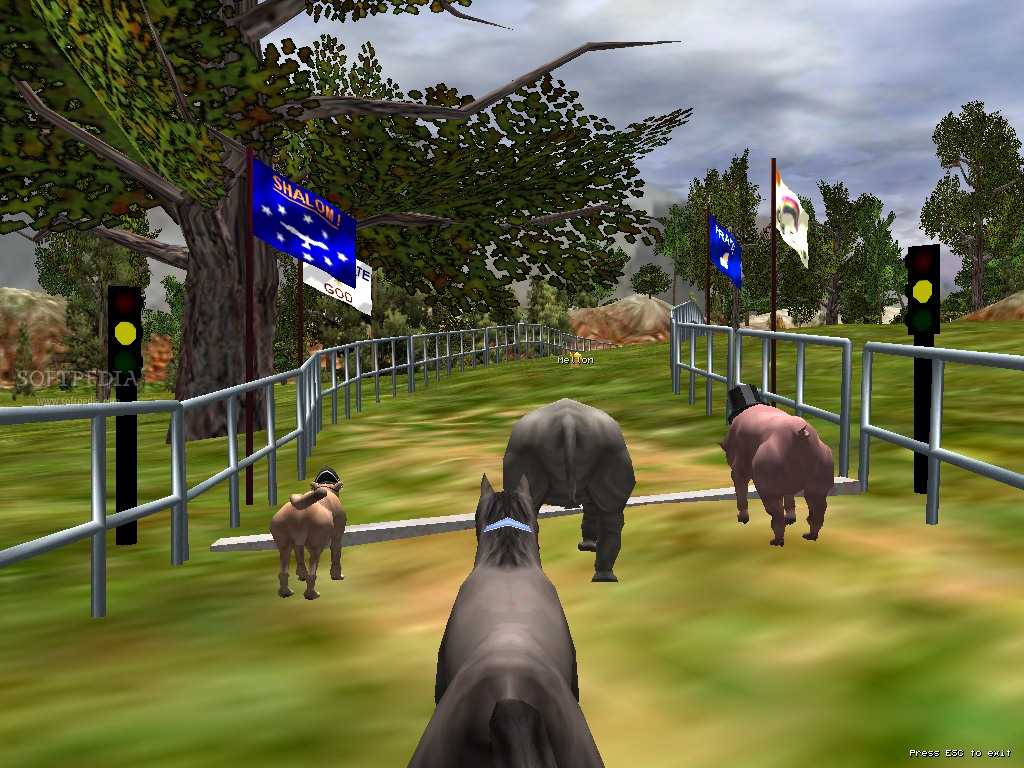 And we'll get laid off in a funny and entertaining Japanese game called Muscle March, an arcade game that goes into a living console, where you play sturdy Buddy bosses chasing a vicious thief who stole their protein powder! Such a crime, of course, can not pass quietly, and you have to help the strong men get the thief, while avoiding various obstacles by moving the sign of the movement. 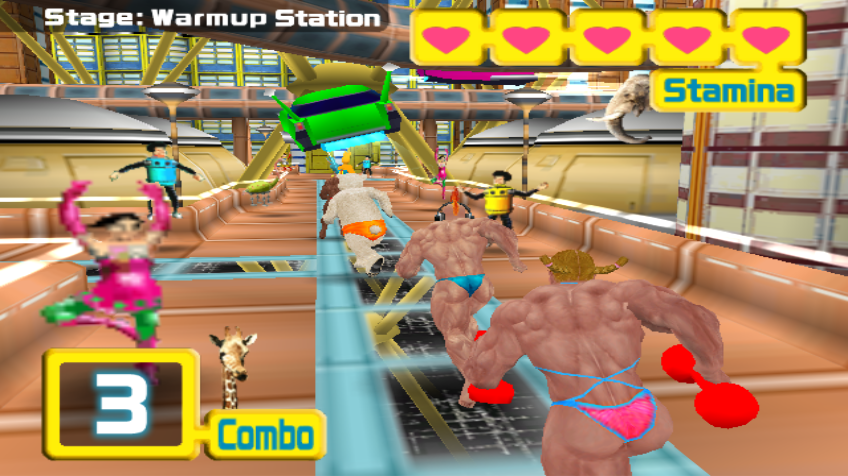 
Wait, there's more!
Join To the group of zon And you can receive exclusive updates on various offers on the net, share content that you find interesting, consult with members of the site, and more - Join now!
Tags
Steam 2017 GAMES
Share
Facebook Twitter LinkedIn WhatsApp Telegram