Do you have any money for that? Winter sales on thousands of games at Steam's store

The commotion around Black Friday And Cyber ​​Monday is fading, and it's time to tell you about a last day where you can purchase the best gaming titles for your PC at great discounts.

If miraculously you have a little more money left in the bank account after the great week of promotions that befell us in Israel and abroad - Walbe and the storeSteam Its happy to help you get rid of it with help operation Their own comprehensive.

The current operation of Steam Started a few days ago, but in a non-standard way was pushed aside as part of all the general sales and promotions across the chain. Fortunately, this time the gaming platform chose to give up various promotions and flash discounts - and therefore all the titles can be purchased even now, 'late', exactly the same discounted price they were offered during the entire last week. 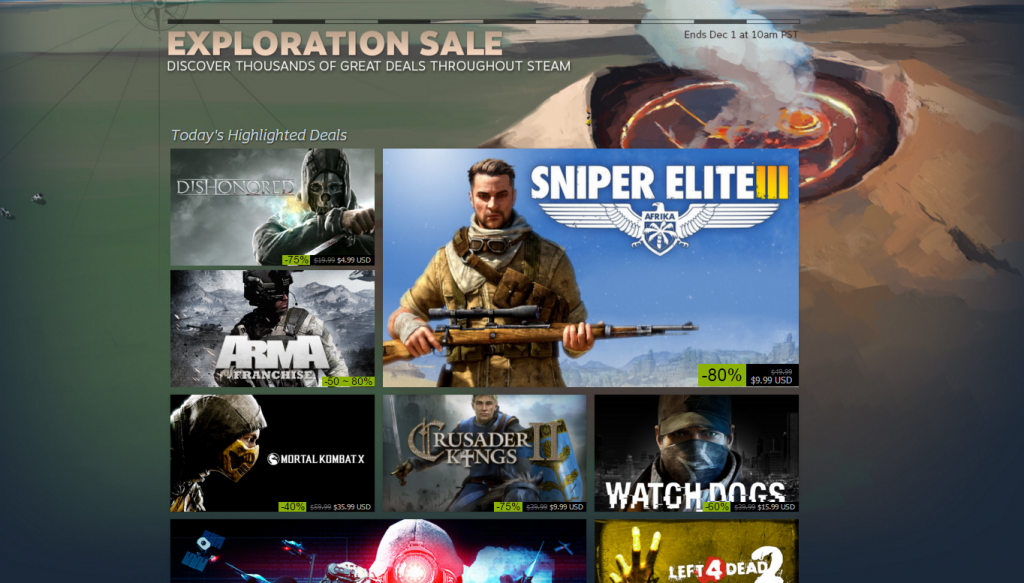 To list all the deals that deserve your attention would be an almost impossible task, but here are still some suggestions that we consider worthwhile and relevant to many of you:

If you have any further warm recommendations, feel free to share them with all of us, as always. Please note that the promotions will end tomorrow (December 1) at 20:00 - so you should take advantage of the opportunities beforehand. If you do not have enough for one reason or another, do not worry - another grandiose operation of Steam Planned towards the end of the actual civil year, between December 22, 2015 and January 4, 2016, where you will have the opportunity to fill in gaps.