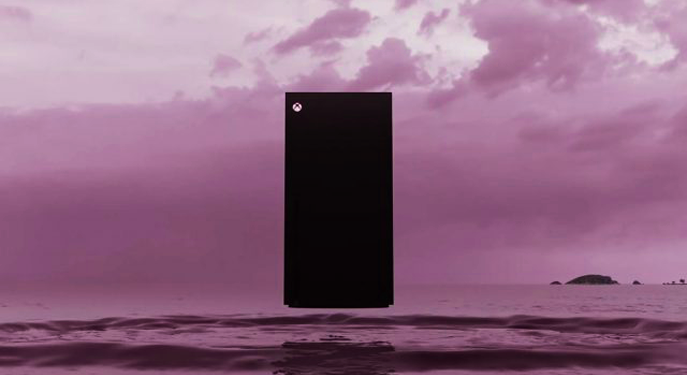 The console war is about to get much hotter over the current year with huge launches also planned from home Microsoft Office And from home Sony - and currently it seems that the first is the one that feels safer and more mature to reveal its plans for the holiday season of the end of 2020.

After the unveiling at the beginning of the year of the design of the rectangular Xbox Series X console, along with very preliminary and very general technical details - now we get another glimpse of the hardware that will run the formidable work, especially in terms of graphics processing: a unit from home AMD Based on a new RDNA2 architecture, with processing power that also exceeds theRadeon RX 5700 XT which is the leading home product from the chip developer that is available for purchase in stores.

The Microsoft console will contain a general home processing unit AMD With modern Zen 2 cores in a 7-nm manufacturing process as mentioned - and an advanced graphics core with a maximum performance of about 12 TFLOPS (ie 12 trillion floating point calculations per second - compared to up to about 10 trillion floating point calculations per RX 5700 XT and about 6 A trillion floating point calculations per second on consoles Xbox One X), hardware support for acceleration of ray tracking, support for VRS (Variable Rate Shading) technology designed to give developers increased flexibility in graphics processing on their titles and support for an up-to-date HDMI 2.1 standard that will allow graphics to be displayed in resolution 4k And at display speeds of up to 120 frames per second based on a single connector.

These figures are not just exciting for Microsoft Office And its living room console - they are also exciting for the peoplePC, Because there is a high probability that we will see them also star in dedicated graphics cards that will be based on the RDNA2 architecture and will probably be revealed sometime in the coming months. Does this mean that this year we finally see worthy competition at the top end for NVIDIA's products? We are more optimistic than before thanks to this announcement in the console market.

Microsoft has once again approved the use of the drive SSD "Next generation" in the system - although without further details at this stage, with many voices on the net remaining speculative about the practical ability to include a storage system based on flash chips in full, modern and decent volume, in a product whose final price to the consumer is lower than $ 500. Microsoft Office Makes it clear that it has its own dedicated solution for the storage space and not a regular and familiar off-the-shelf drive, but would not be surprised if it is ultimately a hybrid solution with relatively limited fast volume and volume storage Larger number of terabytes that is ultimately based on a mechanical mechanism.

In any case - it will be very interesting to test the capabilities of the future console both against the latest personal computers from 2020, and against thePlaystation 5 which so far continues to be much more mysterious.