Games promotions continue to drip - Capcom games at big discounts atSteam, And at the same time the games of 2K and Warner Bros. at floor prices in the Humble Store

Still searching High quality virtual entertainment Spend the weekend with him? Do not worry, the web as always has a host of great offers for you.

In store the Steam platform is being held this weekend "Clearance sale" to the titles of Japanese distributor CapcomAt the center of attention is the Devil May Cry series of games, with prices of $ 10 for the fifth and most recent title in the series (DmC), $ 3 for Devil May Cry 25 - and $ XNUMX, with no discount at the moment, For the enhanced Special Edition version of the fourth title, Which will be launched at the end of next month. Another offer is $ 30 for a package that includes the Dead Rising 2 and Dead Rising 3 games launched late last year, the underrated update for the Strider game at $ 7.5, a host of successful and less successful Resident Evil series titles with price tags ranging from 3 to 15 Dollars and more.

At the same time, in the Humble Store Very impressive temporary operations continue to take place, This time focusing on 2K and Warner Bros. titles. And the offers in most cases wink even more than those on Wallab's platform.

For 2K GamesWe're talking about price operation Of $ 36 for the unique online action title Evolve which was launched just about three months ago, only $ 12 for a package that includes all three games of the masterpiece series BioShock (Though without their add-on content packages), the great Borderlands and Borderlands 2 games in their GOTY versions (since they include all the add-on content launched for them) at $ 7.5 and $ 10 respectively, as well as gems like The Darkness 2 and Spec Ops: The Line for only $ 5.

Warner Bros. Selection Less impressive than 2K, but even here you can find all three FEAR series titles for less than $ 5 each - and especially Shadow of Mordor, one of the best and most refreshing games of 2014 in its new and expanded GOTY version, for the price operation Of 37.5 dollars. 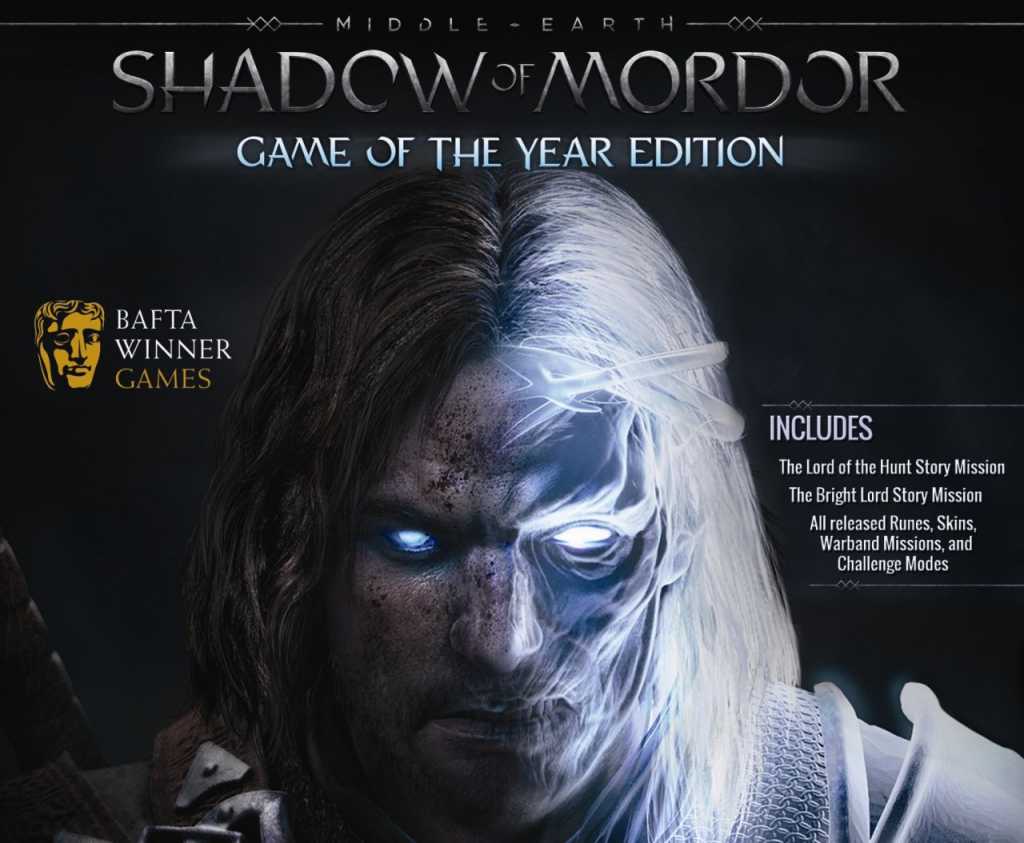 For dessert, there are also some specials at the Humble Store On the titles of Ubisoft, With the highlights in this case being Splinter Cell: Blacklist offered for only $ 7.5, Assassin's Creed: Black Flag and Watch_Dogs which can be purchased for $ 20 each, and the racing title The Crew which costs $ 36, similar to similar past promotions. 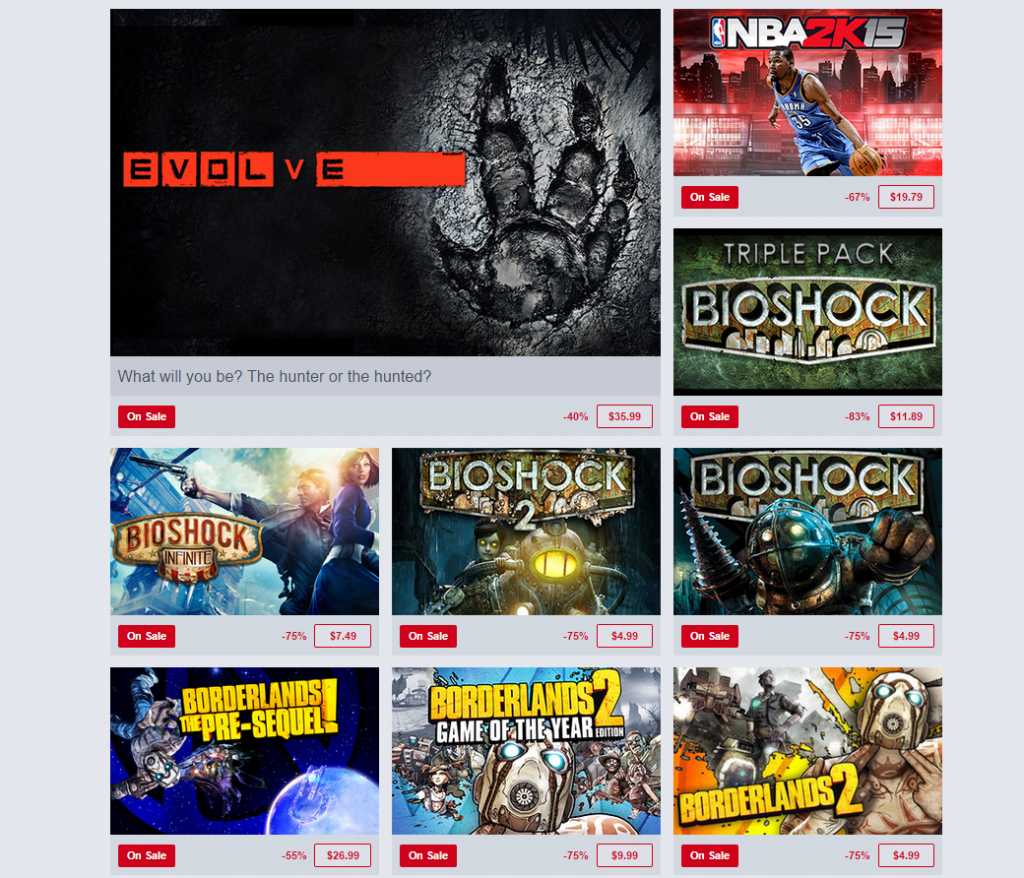 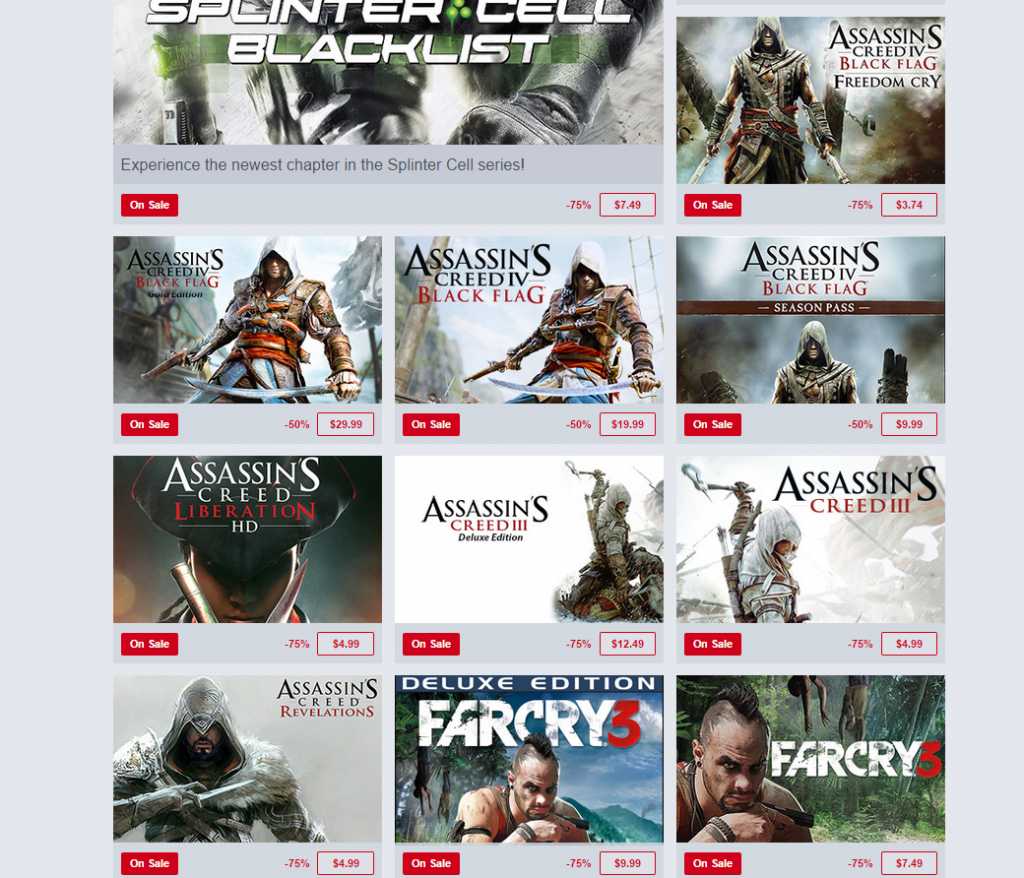 Did you find any more great games on sale that we forgot? We updated everyone in the comments.