Call of Duty and Doom Eternal at the best prices: the new offers on Steam 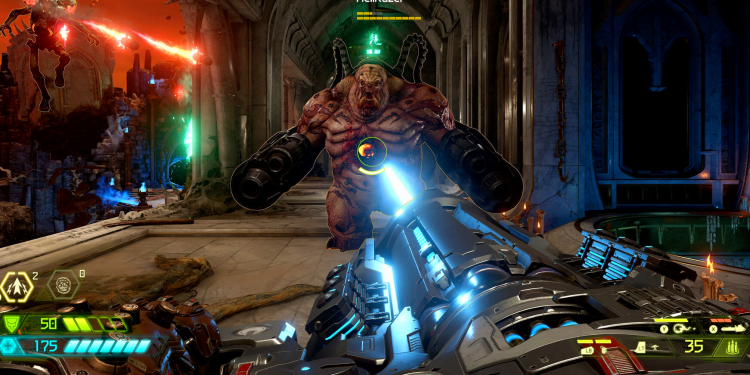 The weekend specials at the renowned gaming store include some of the series titles Call of Duty, And also the fresh brutal creation from id Software and Bethesda

The good news for gamers among you continues to reach us these days - and beyond To the generous giant package of Square Enix There are dozens of more juicy deals in the store's Steam Available for you in the next two days. Have you received your monthly salary and are willing to invest a little in your next digital addiction? This article is for you.

The main good news for us is the updated cut-off price for the fresh action title Doom Eternal, which has already garnered heaps of praise from every direction since launching in March - and is now offered with a 25 percent discount on the full price. NIS 194.25 instead of NIS 259 ​​to date, when there is also a Digital Deluxe edition with future additions planned for the game for NIS 292.5 compared to NIS 390.

The action-role-playing game Hades is still in the Early Access program, which makes it clear that its development is not yet complete - but with a huge and rare figure of 98 percent positive reviews from players (based on over 16,000 different opinions) it is quite clear that this is one of the alternatives to the Diablo series. You should ignore its existence.

You can now purchase it for NIS 74.36, which will guarantee you access to the complete and complete version when it is finally launched.

The latest episodes in the brand Call of Duty Are not available on the platform Steam But are maintained with Activision- exclusive to Battle.net by distributor-Blizzard, But if you have an interest in filling in gaps from the past - you can choose to purchase Call of Duty: WWII from 2017 for a base price of NIS 67.63, which is a third of the regular full price.

Call of Duty: Infinite Warfare from 2016 will also cost you only a third of the recommended cost - NIS 69.5 instead of NIS 210, or NIS 92.67 for an edition that also includes the legendary Call of Duty: Modern Warfare Remastered (not to be confused with the complete remake launched last year). Definitely worth a deal, given that the same Modern Warfare Remastered is currently offered separately atSteam For 105 shekels.

The duo of The Surge series, which is one of the most successful imitations out there for the Dark Souls series, are offered at very short discounts: only NIS 19.98 for the first The Surge in its basic version or NIS 59.5 for the complete version with all its DLC additions, only NIS 79.5 for The basic edition of The Surge 2 launched less than a year ago - and only NIS 82.56 for a package with the pair of games together, where you actually get the original The Surge for a ridiculous cost of NIS 3.06.