Gaming in the real world: Everything you need to know about the reality of HWzone

Think life is a game? You're not alone. Meet the innovative applications that want to turn you and everything around you into an interactive gaming experience

In recent years, virtual reality technology is making huge strides for the moment when we will get right into another world of gaming. But alongside this technology is developing another equally impressive technology that takes a different approach. It's called Augmented reality and its Hebrew name "Augmented reality".

While virtual reality completely replaces your field of vision in a completely virtual environment, laminated reality is a technology that blends virtual elements with the real world. And unlike my glasses Virtual Reality Which are actually a kind of wearable screen that puts you in one corner of the house (because you're still disconnecting from what's really happening around you) Augmented reality They are mobile. so thatGames Augmented reality There can be anything between a game that takes place on the table in front of you and a game that takes place in the middle of a busy street walk.

Imagine, for example, that you could go out into the street and play a shooting game with friends in the neighborhood? Or go out to a quest around your city, meet monsters in the park near the house, and boss especially hard in the city center? And what if you could catch different Pokemon around the world and fight other people you meet on the street?

Well, all this has not yet become a reality, and it is a developing field. And for the most part, he does not even necessarily deal with gaming. Although we have been exposed in recent years to various games that utilize the camera device to create an interactive game on your desk at home, but they are only a small example of the capabilities that this area to offer. So in the meantime, let's review the serious projects in the field, which will soon make our reality much more interesting.

The project of Microsoft Office, HoloLens, is undoubtedly one of the most ambitious projects in the field. It's a kind of glasses that look a little like goggles 3D But with transparent lenses through which you see the world as usual. The glasses scan the environment, and according to its structure, virtual parts are placed in real time. In addition, the glasses absorb hand movements, so you can perform different actions on the same virtual parts.

HoloLens has various uses ranging from medical studies, 3D modeling or just a Skype call to your living room wall. But Microsoft did not forget the gamers, and presented at the exhibition E3 The latest version of Minkraft can be played on your table at home. In another demo, you can see a shooting game where you have to eliminate creatures coming out of the wall. God-Hololens Will become available as of 2016, but unfortunately its price is currently not accessible to everyone, and is no less than 3,000 dollars! 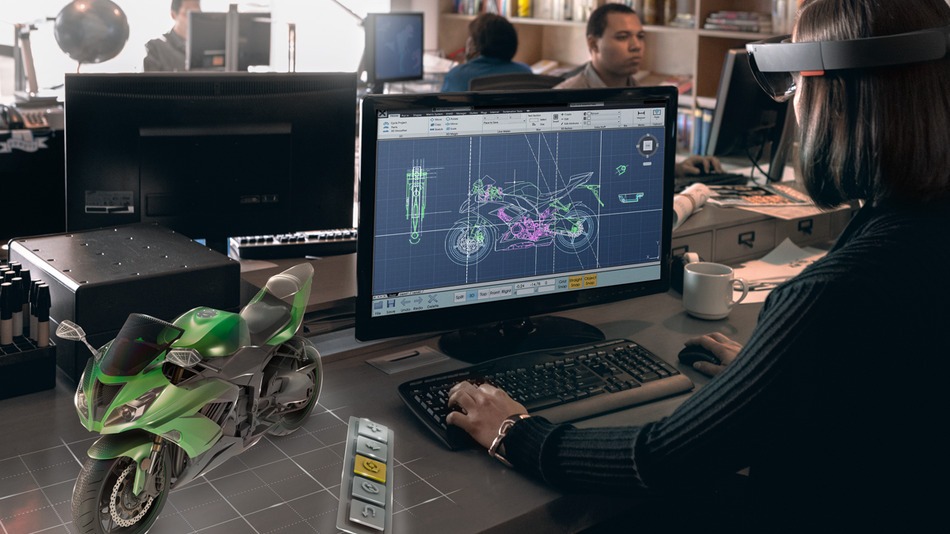 Another pair of Glasses, Which look really more like Glasses And less like a helmet are theCastAR. The concept is quite similar, with the glasses you will see projection of three-dimensional objects on the wall or table, with the possibility to move and change them.

The project was created by a couple of developers who left the company Valve And managed to raise about one million dollars in Kickstarter, more than double the amount requested. Unlike Hololens, The project seems to focus mainly on desktop gaming, and in the store of the site you can find real objects that can be combined with a 3D game. The Castar will start to be public time at the beginning of 2016, and will cost about 400 USD. 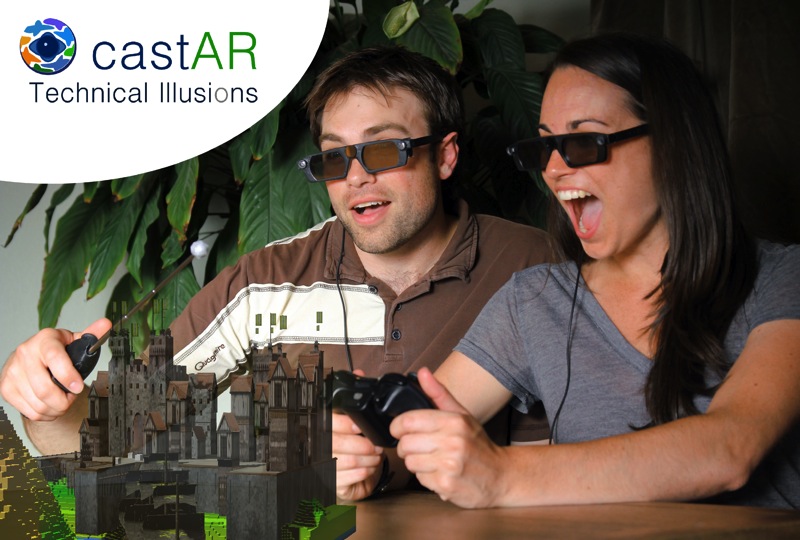 LyteShot is another company that has decided to harness the capabilities of the shaky reality to change the way we play today. Using a pair Glasses, A simulated rifle or sword and an app for a smartphone, the company's vision is to get people out of the house and play together in a kind of realistic stealth FPS game.

The project has not managed to raise enough money in Kikstarter, but the company has not lost hope, and for now they are still working on the product. The product is not yet available to the public, but a kit can be ordered Development For people who want to develop games for this platform.

The Magic Leap is a layered reality project in the development of a company founded by a guy named Rony Abovitz, a son of Israeli immigrants in the US, funded by Google.

Although no one has yet seen what the product looks like, it is rumored to be something like Google Glass on steroids, and serious competitor to HoloLens's Microsoft Office.

Their demo shows everyday activities like e-mail reading, along with a first-person shooting game in the middle of the office, which allows you to hold on to your hand Weapon To shoot the monsters that pop up from all sides.

In order to experience a laminated reality, you did not have to purchase a couple Glasses Dear. Your smartphone is also able to bring virtual elements into the virtual world with some help from its camera and the gyroscope that is present in every Smartphone. Night Terrors is a game for smartphones that is supposed to go to the stores in the application in 2016, and turns your apartment into a real horror horror survival game. Know the horror games where you can see different ghosts and monsters only through the camera? Well, that's exactly what the game is trying to do. Just keep in mind that you may not want to spend so much time in your house in the dark.

Another game of smartphones is the Pokemon GO, which became popular before we even saw real gameplay. Pokemon took seriously the April Fools' joke Google From 2014, which has been able to find different Pokémon around the world through its Map app, and tries to turn this concept into a real game - a game that will allow you to see and catch Pokémon around the world, fight with people, and congregate with strangers from different places to defeat particularly powerful Pokémon.

The game certainly shows how using the real world can become an experience in itself, so it is no wonder that it ignited the imagination of quite a few Pokemon admirers around the world. Only one can hope that it will really be as good as it sounds.

While this is not a classical laminated reality, it is a game that combines the real world with a smartphone game. When you download the game, you must choose one of two groups. The goal is to find hidden portals around your area and capture them for your group, which will actually require you to go outside and travel to the same portals that appear on the map. For those individuals who hold glasses Google Glass, several people are working on different applications that combine the glasses, to make the concept even more cool. The other people can make do with their regular smartphone. 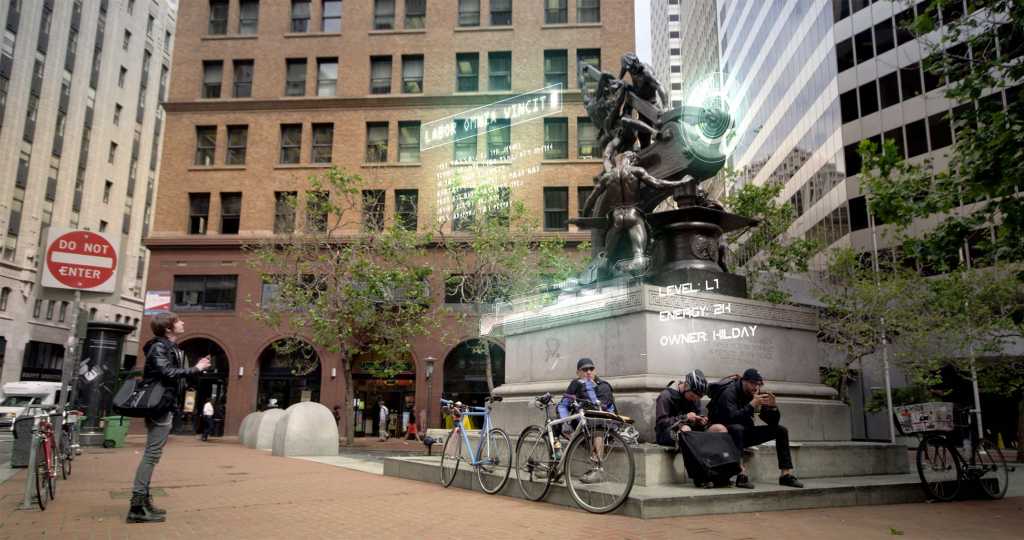