A winning recipe? Spider-Man comes to the movie Uncharted • HWzone

The film will be based on the series of successful action games of Sony There will be a preliminary chapter for the other plots, and the new Spider-Man will star in it

Quite a few Movies Based games Video Came to the cinema over the past year, with only some of them successful enough to justify their financial investment - but in an era when big studios are fighting for the rights of every conceivable piece of intellectual property, these titles seem to continue to reach us in bundles even later.

One of those Movies Upcoming will be the big screen adaptation of Uncharted - the hit series they created Sony And Naughty Dog a decade ago and has long since become one of the most exclusive attraction centers of Japanese company consoles. The film will, naturally, produce a film division of Sony, And there are no doubt great aspirations here to successfully translate the hit from the small home screen to halls around the world. How to do it? Through the "Wonder Boy" of the company.

Tom Holland is a name you may not know yet, but with some luck this July it will already change as Spider-Man: Homecoming launches as another reboot of the clever comic book hero, starring the young British actor who will return Peter Parker and Alter-Ego Its for the innocent high school days. The Netherlands has already made a brief debut as the spider man in "Captain America: Civil War," but the new movie should be the one to suck it into real fame - and at Sony so confident in its success that they have already approved the start of a sequel for the unreleased film.

Now the 20 player has already won a contract for a pair Movies Large and highly budgeted Sony He continues his affair with the studios, announcing that he will also be starring in the Uncharted movie, as young Nathan Drake - in what would be a kind of trailer for the future story of the Golden Heart Thief.

The Hollywood Uncharted in its current incarnation (which is the fourth or fifth since the world first became aware of the intention to produce a film from the brand at the end of the previous decade) still has no specific launch date, but it seems that at least we have the necessary base team: Joe Carnahan The "Gray", or "Wild Space", with Liam Neeson) as screenwriter, Sean Levy (who is responsible for Real Steel and a series of "Night at the Museum" films) as a director and of course a fresh main star. 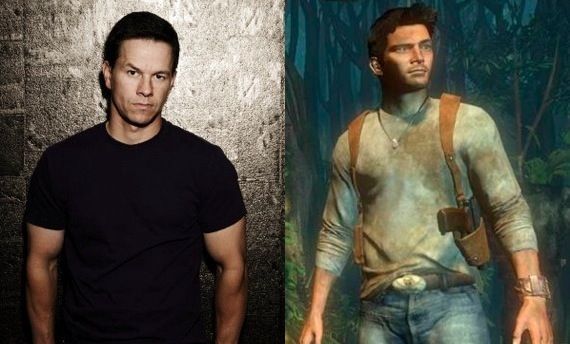 Sony is definitely taking a gamble, but there is a good chance that critical and commercial success for Homecoming will significantly boost interest in this production. Do you think Uncharted really can work as a action movie for the general public? Let us know what you think about the reactions.


Wait, there's more!
Join To the group of zon And you can receive exclusive updates on various offers on the net, share content that you find interesting, consult with members of the site, and more - Join now!
Tags
Sony Movies Theater
Share
Facebook Twitter LinkedIn WhatsApp Telegram