How bizarre, how ingenious? One of the most unique innovations we had the opportunity to recognize on the tour among the countless booths at the CES 2020 exhibition was to solve a key challenge in content consumption in virtual reality - displacement.

A lot of VR gaming crowns today give up the player's ability to move and settle on one static point or move it in a predetermined and predetermined path - because controlling the movement of the hands in parallel with the same controls on the feet also is a concept that is not really easy to get used to, Especially for fresh users of this advanced technology.

So what do you do to allow the wearers of virtual reality glasses to run and jump without causing headaches, literally? In the past we have come across effective but very expensive and exotic solutions such as dedicated running tracks that the player enters to move without moving - and now we have CyberShoes that purport to give a similar feel at the fraction of the time, and without having to free up excessive space in the action area. 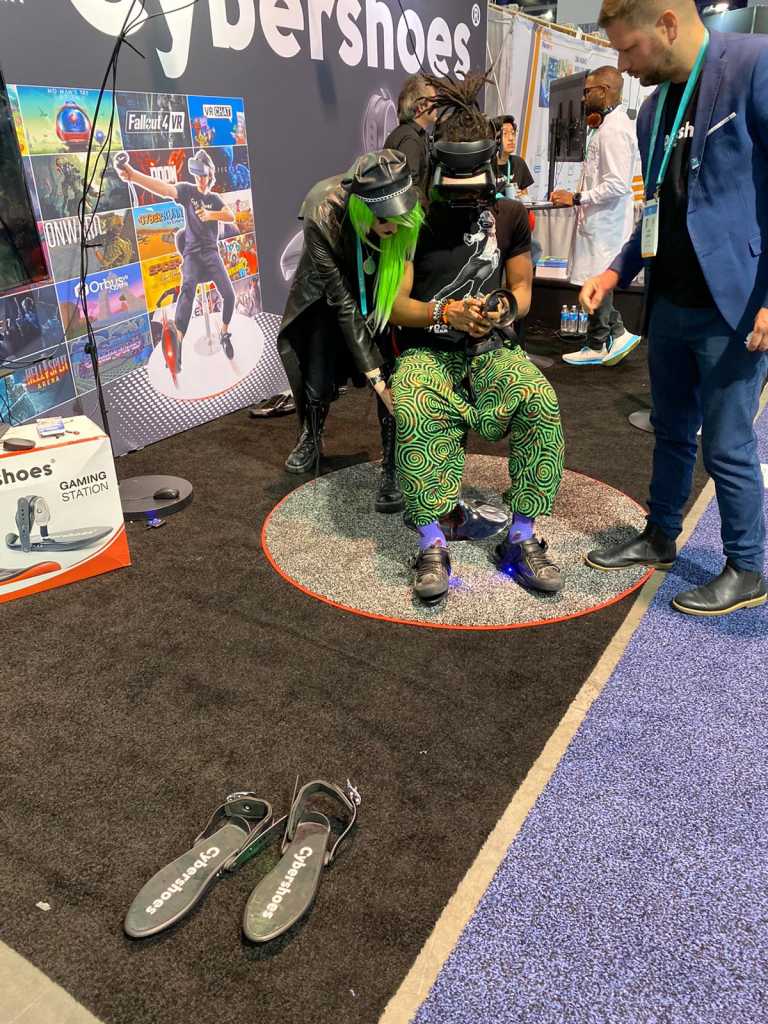 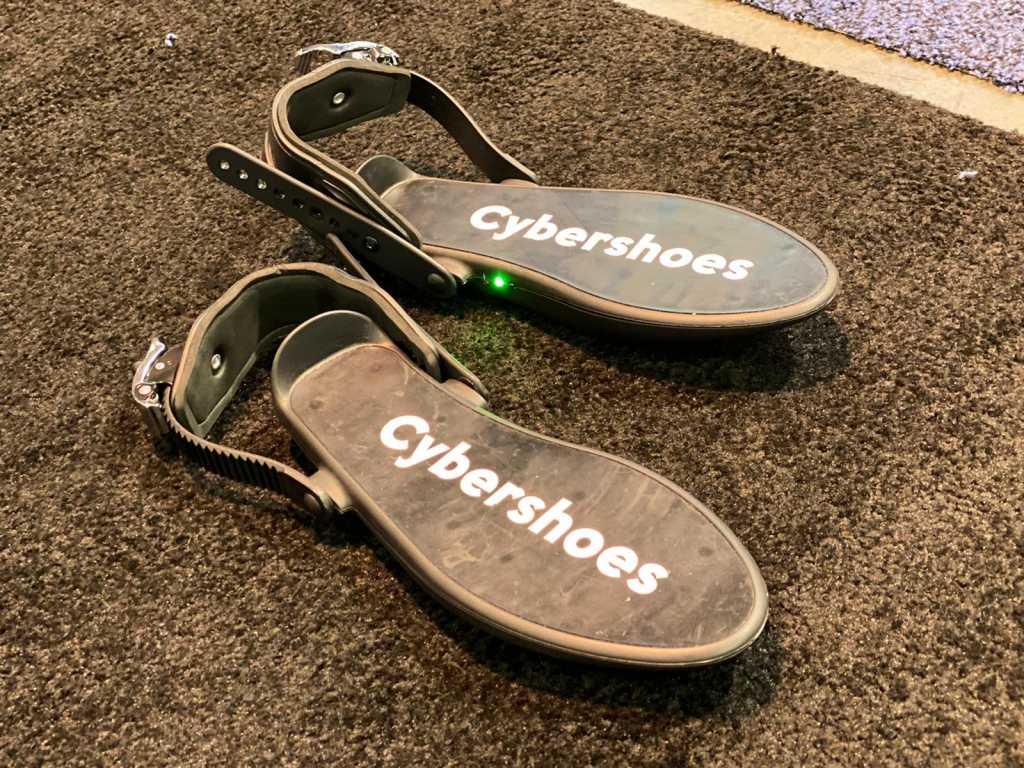 Going to the unknown
Photo: HWzone

This is a kind of extra dress that wears on the user's shoes - and together with an adjoining round rug (with a center in the center for a chair) allows tracking of the foot movement in a similar way to tracking the familiar movement of hands in the VR field, so that steps and even jumps (while sitting on a chair and without moving From the real-world space) are translated into applications Virtual Reality Supported with the bonus of having the folding chair and rug easily folded back into place at the end of use. 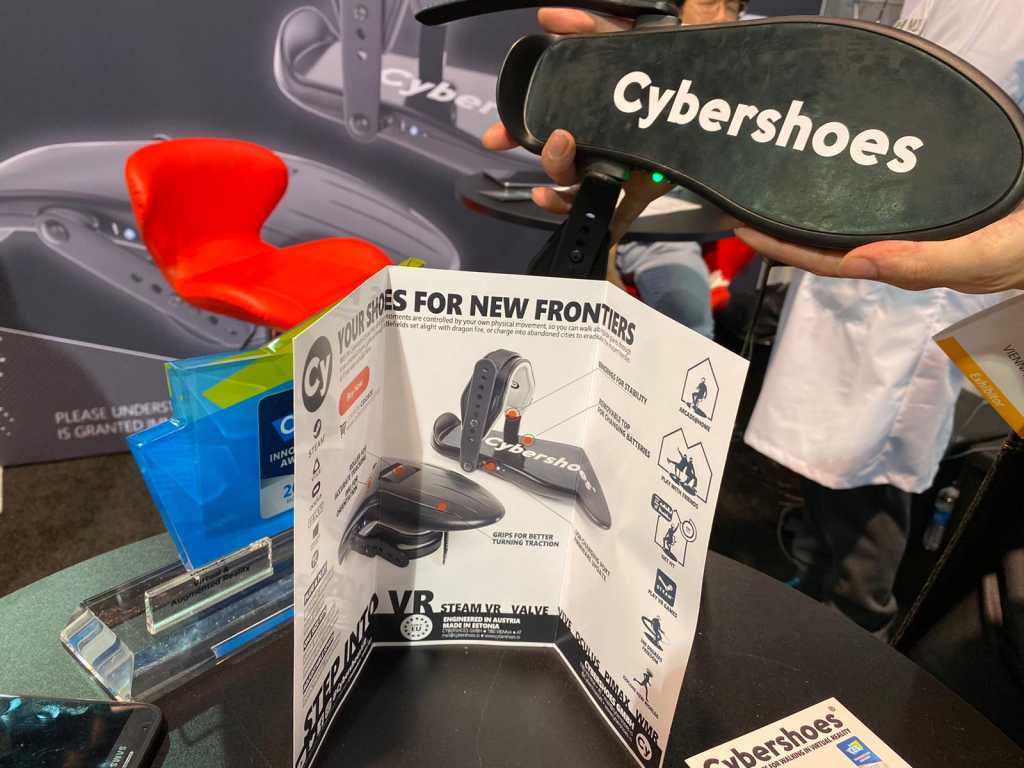 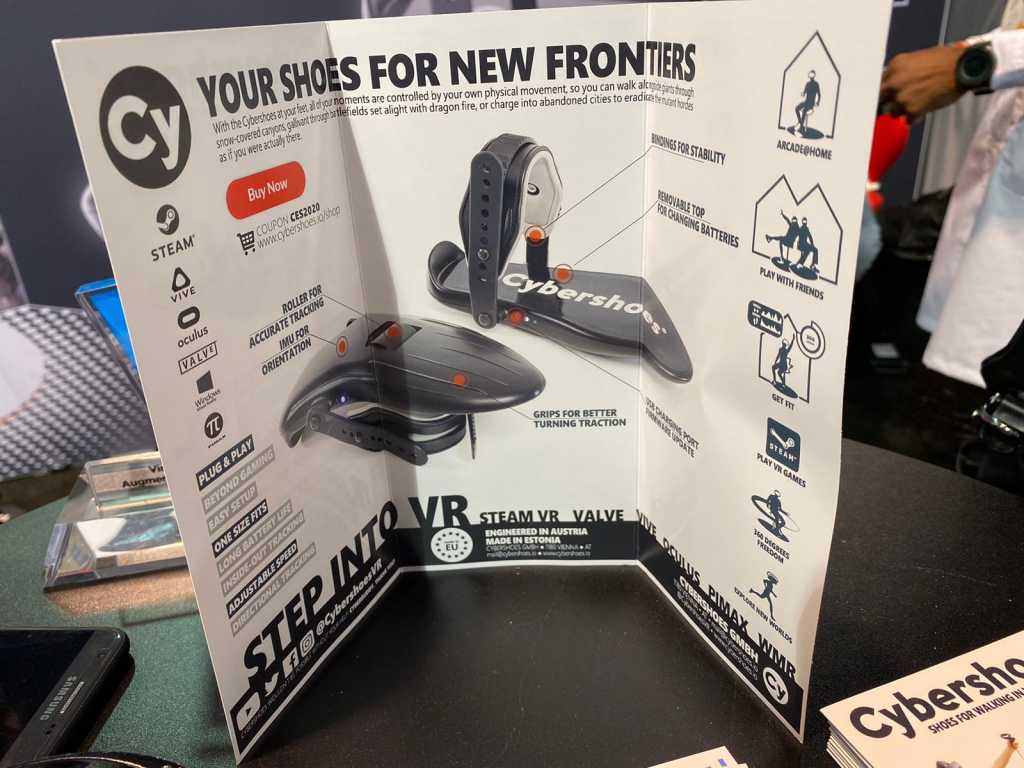 The venture started out as a project Crowdfunding In 2018 - and now trying to gain momentum as he matures and is much more available
Photo: HWzone

CyberShoes enjoys the support of most of the virtual reality glasses now widely used in the home market (from Oculus, HTC, Valve And others) and supports most of the popular titles that include free spatial movement within them - yes, too Skyrim and also Doom In their successful VR versions. It may not be the most aesthetic solution we have come across in the field, but it works and that is what matters - when the required rug design and footwear supplements can continue to be improved and upgraded. 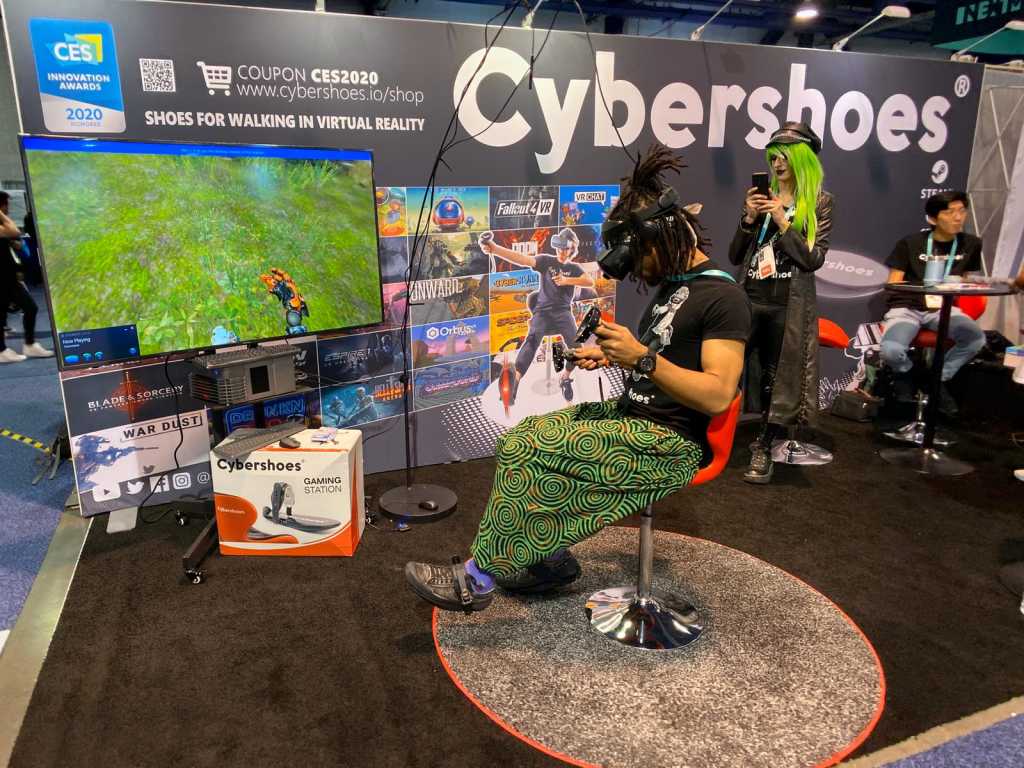 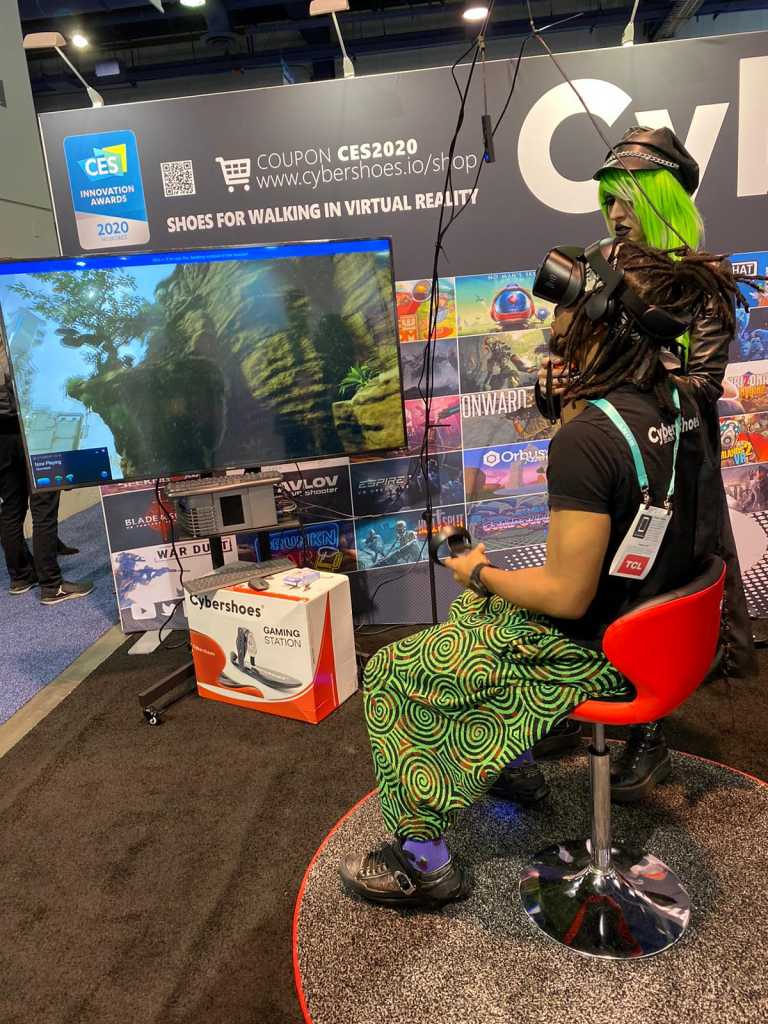 The creators will be very happy to market you a compatible chair that will allow you to run around freely at 360 degrees - but naturally CyberShoes can be used with any standard chair you already have at home.
Photo: HWzone

The developer of CyberShoes is already offering the product for purchase on its official website at a starting price of 323 euros for shoe and tailor-made supplements - and also at 699 euros and 964 euros combined with a swivel bar chair that will be placed for the user at the center of the rug. Think it's the next big thing in the field or just a short-term gimmick? Let's tell us in the comments.


Wait, there's more!
Join To the group of zon And you can receive exclusive updates on various offers on the net, share content that you find interesting, consult with members of the site, and more - Join now!
Tags
Virtual Reality
Share
Facebook Twitter LinkedIn WhatsApp Telegram