The EVGA reveals the most advanced RTX 2080 Ti model

The most sophisticated Turing models imaginable arrive at the CES show, and one of the most notable of these is undoubtedly the one created in collaboration between one of the world's best-known names in overclocking Vince Lucido and EVGA - which after several generations using only massive air coolers suddenly becomes a hybrid , With a combination of Cooling Closed-circuit water and a separate radiator to a massive single fan located on the body of the unit.

The printed circuit of the card includes a design with 19 (!) Power supply phases for maximum stability in operation even with extremely high voltages and amplitudes Cooling Made of copper with a fan 100 millimeters above it and of course also liquid tubes Cooling Which passes through an external 120 radiator, three 8PIN connections for maximum power supply of approximately 520 watts, a dedicated connector for the EVBot device used by professional speeders, and even a built-in LCD screen that displays critical product data such as temperature at measurement points, frequencies, 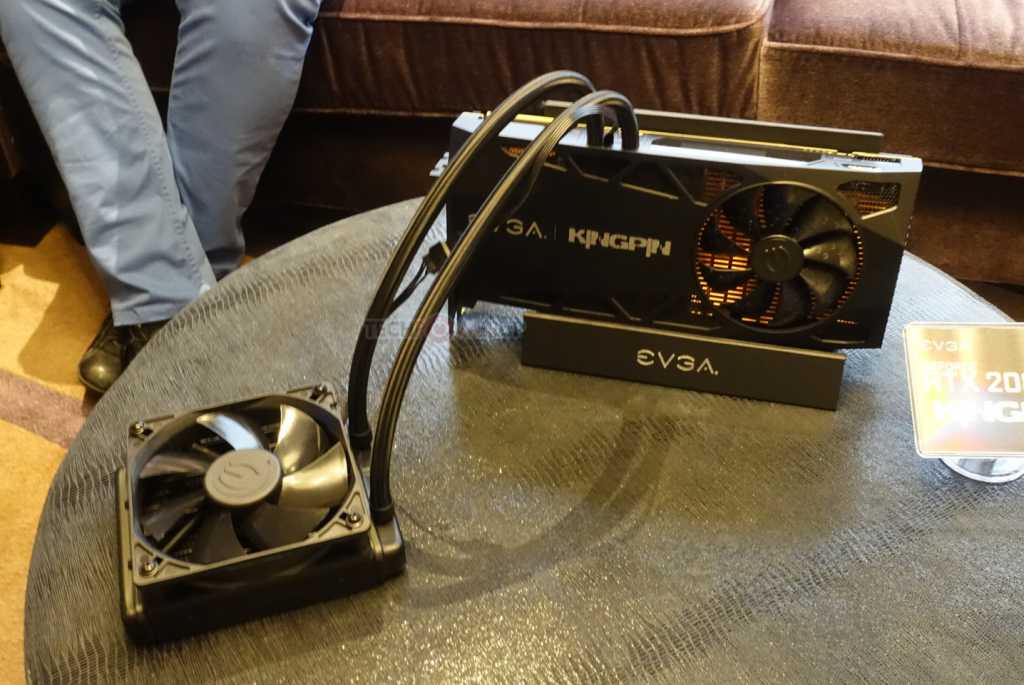 Changes design and changes attitude - but does not change the desire to be the king of rush lovers
Source images: techpowerup.com

This monstrous ticket is expected to be available for purchase at the end of this month, with the biggest question mark being of course its price to the consumer - with our cautious estimates (and a host of other online factors) that this amount will rise to over $ 1,500, with several different sub-versions Cores that have been carefully selected and tested ahead of time at different cost levels. Will it be theGeForce RTX 2080 Ti to break all performance records for a single card? There are a number of others who claim that even they can not be ignored.