The AMD show at CES: the processor that will challenge the Core i9 9900K

With a market share in the world of processors that only grows and expands at the expense of Intel every day in the last year riding AMD On a very high wave with the processors -RYZEN To the world of desktops, workstations and servers.

CES 2019 Exhibition in Las Vegas: AMD Is introducing its live programs for the rest of the year and next year with a Zen 2-based processor, the architecture produced at 7 nm. The target is the Core i9 9900K, the fastest cores in the world made Intel.

Just before the end of the show, and after talking about how the world of gaming and electronic sports grew, Lisa came to announce that the viewers came to taste and introduced a Ryzen processor based on architecture Zen 2, which has unique and unique design cores that we have not seen. 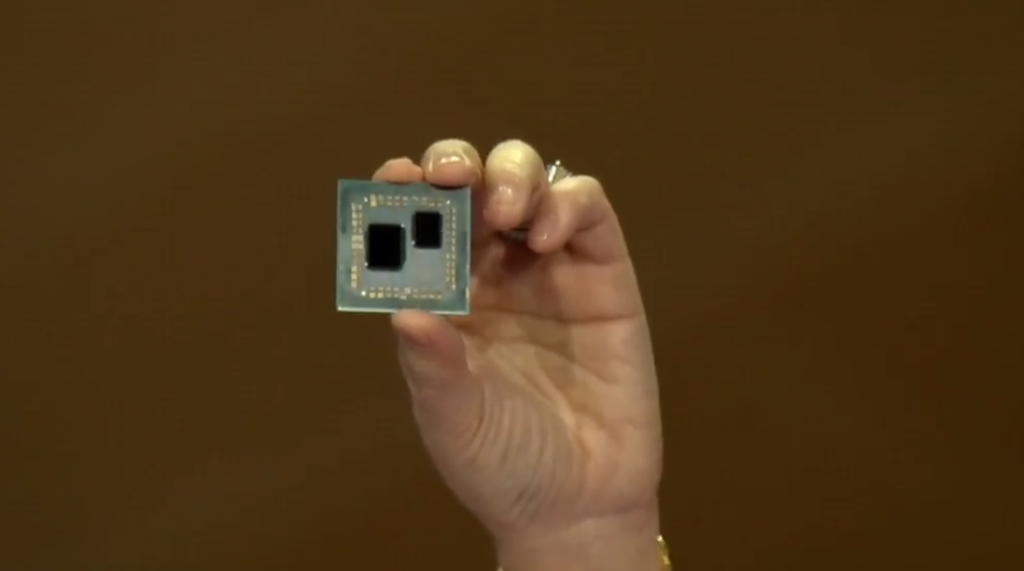 The processor has two connected silicon pieces, one of which is the IO controller used for caching, controller זיכרון And other microcontrollers. The second piece of silicon is a unit that includes 8 processing cores and of course the SMT (Simultaneous Multi Threading) technology is part of the deal.

Notice how the chips are arranged on the printed circuit board. It is not inconceivable that someday we will see this processor expanding its core to 12 and 16 cores as well, of course. Now the competition offers 8 and with it has to compete.

On stage, a Cinebench R15 rendering test was performed, featuring two computer systems, one with the Zen 2 chip and one with the Intel Core i9 9900K. The final Cinebench results were one percent apart from the other, with a lead of AMD.

We do not know at this stage how much the processor in question will cost, or exactly when it will be launched, but we estimate that in the May or June area later this year. This move is expected to provide direct competition against the Core i9 9900K on the gamers' core, with small brothers with 6 and 4 cores also competing to compete with the various CPU series Intel.

The second half of the year Intel Going to be crowded with preoccupation with the competition, at least until it launches Sunny Cove processors later this year and early next year to bring war from the other direction, with its own performance improvements and amount of cores. The desktop processor market is indeed getting hot, very hot!